Even though a large amount of money is spent on online ads, research consistently shows that Newspaper Advertising  has a higher level of trust than other forms of advertising. And while many people do research and go online to buy most people do feel oversold online. Online Advertising also struggle in areas of trust and advertising avoidance.

Statistics show that people are  continuing to become less engaged in what they are seeing online. Consumers can be reached with advertising no matter where they are. “ The push-pull model of marketing communication shows that consumers control the information flow, making their attitude toward advertising a critical factor in determining whether a shield is erected and when a message is received”(Schultz 2008).

Newspaper isn’t flashy, and that’s what works about it. With most types of advertising the average person has trained themselves to look away, with newspaper, a person is usually in a more relaxed state of mind where they don’t feel attacked by the ad. ”  Tamara Huber, Senior Account Executive at MCA-RussellJohns who specializes in the 55+ market.

In studies done as far back as 2001 the research has consistently shown Newspaper Advertising to have the highest level of trust over all other types of advertising . 63 % of people in a 29,000 consumer study stated that they trusted newspaper ads. ( Nielsen 2013) An early separate study done in 2005 determined similar results. “Kiousis’s study identifies newspapers as considered the most credible medium, Moore and Rodgers also find that consumers consider newspapers the most credible advertising medium, followed by television advertisements, magazines, and radio. These same studies also concluded that Despite positive results regarding online news, studies indicate the Internet is the least credible medium in which to advertise; consumers regard it with the highest level of skepticism (Johnson and Kaye 1998; Kiousis 2001; Moore and Rodgers 2005). (Journal of interactive advertising) 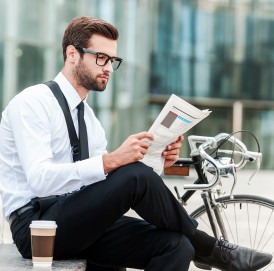 Print Advertising is still one of the most trustworthy ways of reaching High Income households. 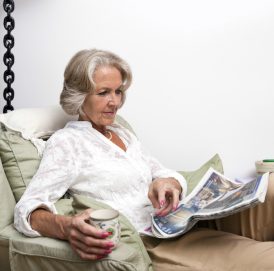