Advertising for your product, service or event has gotten increasingly more expensive and more competitive. There are many avenues out there that one could go to market.  Often the best route is to create a multi media campaign that targets your audience on several mediums where they often look inorder to brand yourself and let them know of  special opportunities that might be available to them.

For Regional advertisers sometimes the challenges are to find low cost ways to advertise without incurring the additional costs or covering areas outside of  your market or region.  Often regional advertisers like in the case of Auctions, franchises, events etc will need to cover certain territory but leave out others that are not close enough or in their territory.  Often buying advertising in bulk that covers large regions can be the cheapest but does not always allow for  removing the specific zones or territories.  National publications like USA Today However have regional opportunities available though  USA Today Auction Showcase.  Doug Knowles an  executive associate and representative of Auction Showcase has  found that most auctioneers loved the regional availability of such a big name.

Main concerns about advertising  in the Auction Showcase,  a well known featured section specially designed for advertising for auctioneers. Knowles spoke with many auctioneers who were very price conscientious but also excited about the regional advertising ability in running in such a large widely known newspaper where their ad could only appear in their surrounding states  to attract an audience of people within driving distance from the auction.  “ My client’s in the USA Today Auction Showcase give me  great feedback on previous Showcase ads. When i speak with the auctioneers, not everyone knows we run not only national but we have 4 targeted regions. I  have found that many times they think their only local options are the local papers which can get expensive and time consuming to place it one by one. ”  USA TODAY works in partnership with the National Auctioneers Association (NAA), the world’s largest professional association dedicated to professional auctioneers. NAA Members can also receive discounts off open rates which is also another great advantage available to them.

Studies show that using a combination of both traditional and modern advertising is one of the most effective ways to reach your audience in today’s market. While people still maintain many of the same habits that they did 10 or 20 years ago they are also more bombarded by advertising all the time no matter where they are.   By including forms of traditional advertising like newspapers and magazines into your advertising campaign a marketer can effectively reach a target audience when they are tuned into to new opportunities and are more actively looking at advertising.  Studies show that often because of the overwhelming amounts of advertising that is online audiences often feel bombarded with and are better at tuning out unwanted advertising.  What was once just google searches and random pop ups has turned into programmatic advertising that tracks their audiences activities and actively  follows them on various platforms while they are online.  For many  picking up their daily newspaper, listening to the radio, and watching TV is still part of their normal everyday activities, and studies show that a combination of print , online and either radio or TV  combination campaigns .

Here at MCA-Russell Johns, we’re committed to an evidence-led and common-sense approach to the coronavirus outbreak. Like all of you, we’re monitoring the impact of this closely. We wanted to reassure you that we have business continuity plans in place to make sure we can continue to provide high levels of service and support you expect from us.

Magazine Display Advertising shows to have a reduced risk of Advertising Fatigue and reaches over 90% of Americans. 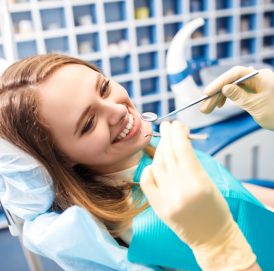